Thank you for reading!

All Access: Convenient Home Delivery every Tuesday and Saturday PLUS E-Edition access and unlimited articles on thepostandmail.com

Starting at
$56.00 for 365 days
Get Started
View all rates
You have permission to edit this article.
Edit
Home
News
Sports
Entertainment
Obituaries
Local Events
Photos
Videos
e-Edition
Classifieds
Subscribe
Share This
1 of 2 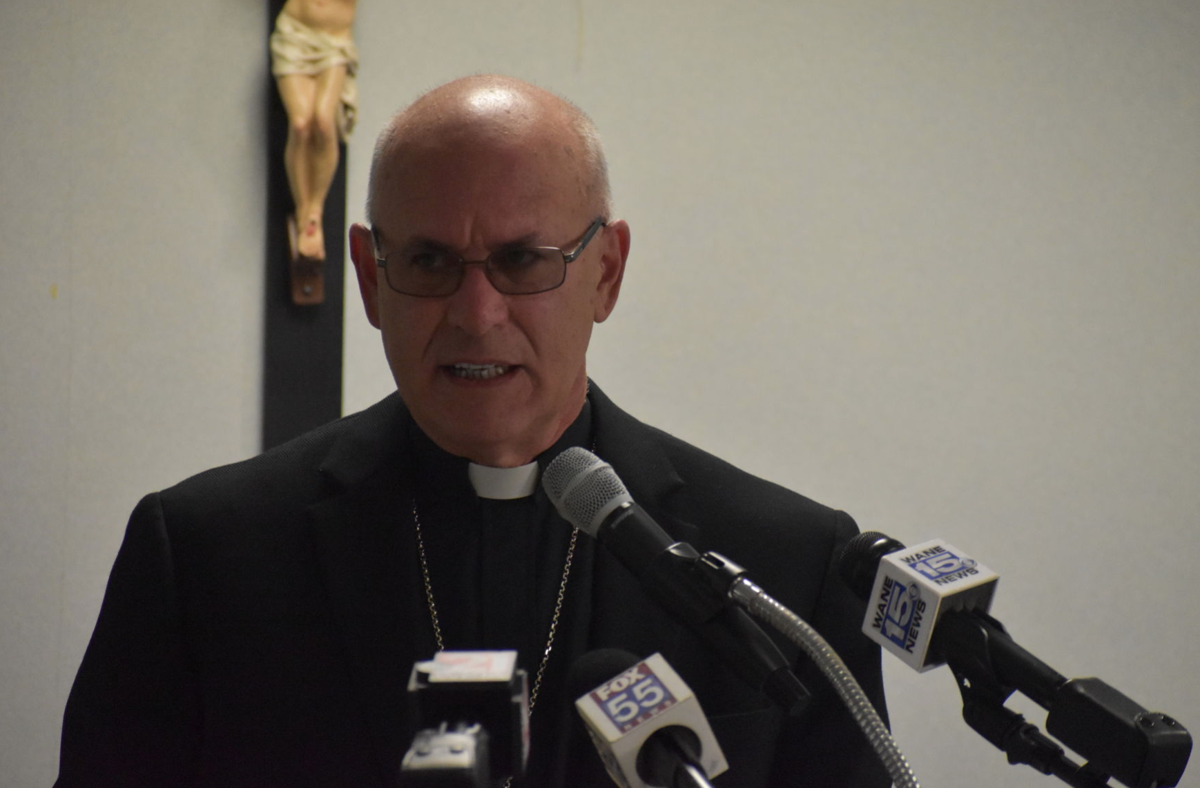 Bishop Kevin C. Rhoades of the Diocese of Fort Wayne-South Bend held a news conference Sept. 28 in regards to the sexual abuse of a minor accusations against the Rev. David Huneck. Rhoades said the church is "shocked" by these allegations and will be cooperating with the police and doing an internal investigation, which will not interfere with the criminal investigation. 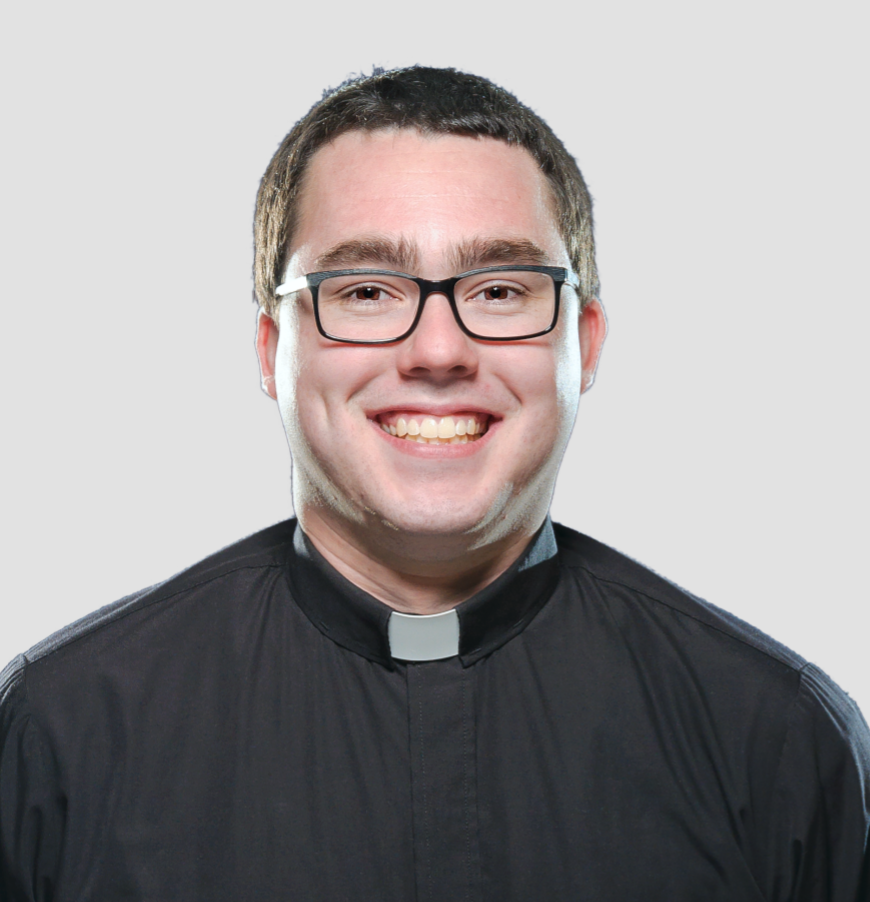 Bishop Kevin C. Rhoades of the Diocese of Fort Wayne-South Bend held a news conference Sept. 28 in regards to the sexual abuse of a minor accusations against the Rev. David Huneck. Rhoades said the church is "shocked" by these allegations and will be cooperating with the police and doing an internal investigation, which will not interfere with the criminal investigation.

The bishop of the Catholic Diocese of Fort Wayne-South Bend said it will continue to investigate, without interfering with a police inquiry, allegations that one of its priests engaged in sexual misconduct with a minor.

Bishop Kevin C. Rhoades did not want to go into specifics in the case of the Rev. David Huneck, who engaged in "sexual and other misconduct, including that with a minor," according to a diocese statement.

"Consistent with diocesan policy, the diocese notified the Department of Child Services of the allegations," the statement said. "It was then forwarded to local police."

It is a “shock to us all,” Rhoades said during a Sept. 28 news conference.

According to the diocese's statement, Huneck resigned as pastor of Saint Paul of the Cross Catholic Church, Columbia City, and as chaplain of Bishop Dwenger High School. Huneck was also suspended from all public priestly ministry.

Rhoades assigned Huneck to these positions on May 18, 2020, and they became effective that June 23. Huneck was formerly a parochial vicar at St. Jude Parish in Fort Wayne.

Huneck was ordained as a priest on June 2, 2018, at the Cathedral of the Immaculate Conception in Fort Wayne. He graduated with his Master's of Divinity degree from Mount St. Mary's University in Emmitsburg, Maryland. Huneck received his diaconate ordination in 2017.

Rhoades said he has worked hard in the diocese to make it a safe space for young people and his heart goes out to victims as well as priests.

Rhoades said no one in the diocese had seen any red flags before the accusation was made.

"Temptation and sin, I guess, happens,” he said.

The diocese said it is following the church's required protocols from the 2002 Charter for the Protection of Children and Young People.

Since the charter, the Catholic Church, which has been rocked by allegations of mishandling of abuse cases and shuttling predatory priests from parish to parish for decades, has seen a “Huge reduction in the amount of cases,” Rhoades said.

The charter states that the following direct actions should be taken in the event of sexual abuse:

Creating a safe environment for children and young people;

Healing and reconciliation of victims and survivors;

Rhoades said at the Sept. 28 press conference that Huneck will be added to the list of priests who have been dismissed from clergy after sexual abuse accusations.

In the 2021 Progress Report to the Body of Bishops sent out by Chairwoman Suzanne Healy in June, 4,250 allegations were reported but the majority were from between 1960-1980.

"This large number gives the appearance that nothing has changed in the Church and we know that is not true," Healy said. "The number of current allegations reported this year is 22 which is less than the previous year."

Healy wrote that improvement is still warranted in the area of accountability as measure by the National Review Board's annual audits.

"We have not reached our commitment to the Charter until we have 100% participation from all dioceses and eparchies," she said.

There was no mention in the report of the participation from the Diocese of Fort Wayne-South Bend.

Rhoades' last and first dealing as a bishop was an accusation of abuse against former Rev. Joseph Gaughan who was assigned at the Most Precious Blood parish. The diocese announced on Dec. 14, 2019 that they had received a credible allegation that Gaughan sexually abused a minor over 20 years prior. Gaughan was ordained in 1994. The case was referred to the Vatican in Rome, Italy. No other priests are being investigated at this time, Rhoades said.

On Oct. 4, Rhoades will celebrate evening Mass at the Whitley County church and announce an interim pastor. A permanent replacement will be named in June.

“It teaches us, to No. 1, trust in Jesus," Rhoades said. "We are a church of saints and sinners. Our faith shouldn’t be based on any one human being. There’s always the good news of salvation.”

Welcome to the discussion.

Keep it Clean. Please avoid obscene, vulgar, lewd, racist or sexually-oriented language.
PLEASE TURN OFF YOUR CAPS LOCK.
Don't Threaten. Threats of harming another person will not be tolerated.
Be Truthful. Don't knowingly lie about anyone or anything.
Be Nice. No racism, sexism or any sort of -ism that is degrading to another person.
Be Proactive. Use the 'Report' link on each comment to let us know of abusive posts.
Share with Us. We'd love to hear eyewitness accounts, the history behind an article.

Sorry, there are no recent results for popular videos.

Sorry, there are no recent results for popular commented articles.

Churubusco forced to switch to Virtual Learning due to COVID-19